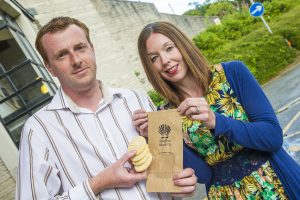 Aberffraw Biscuit Co was founded by husband and wife team James and Natasha Shepherd in 2013 and now their North Wales-based business is going from strength to strength.

There are now five people employed at their bakery which produces a range of flavoured Aberffraw biscuits… with their Traditional biscuit winning a Great Taste Award in 2015 and the Lemon in 2017. 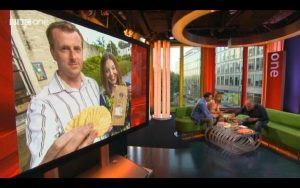 The couple’s business exploits have seen them attract much media attention, including an appearance on the BBC’s The One Show in 2013, where Paul Hollywood tried the biscuits live on air.